The Return of the Tree

News flash:  I’m not dead and neither is the Tree.

Other news flash: I will resume posting VERY soon.

Third news flash: I had no idea people were still reading this thing!

Okay that’s enough news flashes.  I don’t know why I was doing that in the first place.

Gosh it’s been a while, huh?  I had just about given up on this blog.  After one of my first posts got all those views from being on the front page, my views diminished day by day rather drastically, and it became, well, a bit demoralizing.  I’m sure others who have been FP’ed can relate.  For me, I didn’t feel like it was worth it for me to keep making blog posts.  I mean, those things take TIME.  Especially the drawings.  I don’t mind the writing, I actually quite like it, but the drawings can be rather tedious, even with the pad thingy.  But here I am, and here you are!  Thanks for reading behind my back.

I will now leave you with a drawing, albeit a crappy one, because I don’t know where my pad is and I am laying in my bed half-naked because I just got out of the shower and actually the laptop is kind of warm and I’ll just leave that there.

I just finished the drawing and…this thing is bad.  I mean, like really bad.  It’s cracking me up though.  Seriously I’m posting this for my own enjoyment.  I literally drew it with a mouse on a bedspread.  Bedspreads are not mouse pads.  They do not resemble them.  Completely different material.

The sad thing is I felt the need to sign the picture.  Like it was some kind of accomplishment.  Notice how my head is tilted at an unnatural angle.  How am I doing that and typing?  It looks incredibly uncomfortable.  Also those are pillows stacked behind me.  Yes I have three.  It only makes sense to have three.  Any bed-worker knows a three pillow semi-pyramid scheme is the optimal set up for bed efficiency.

Also my hair is the same color as the headboard.

Also I need to go to sleep. 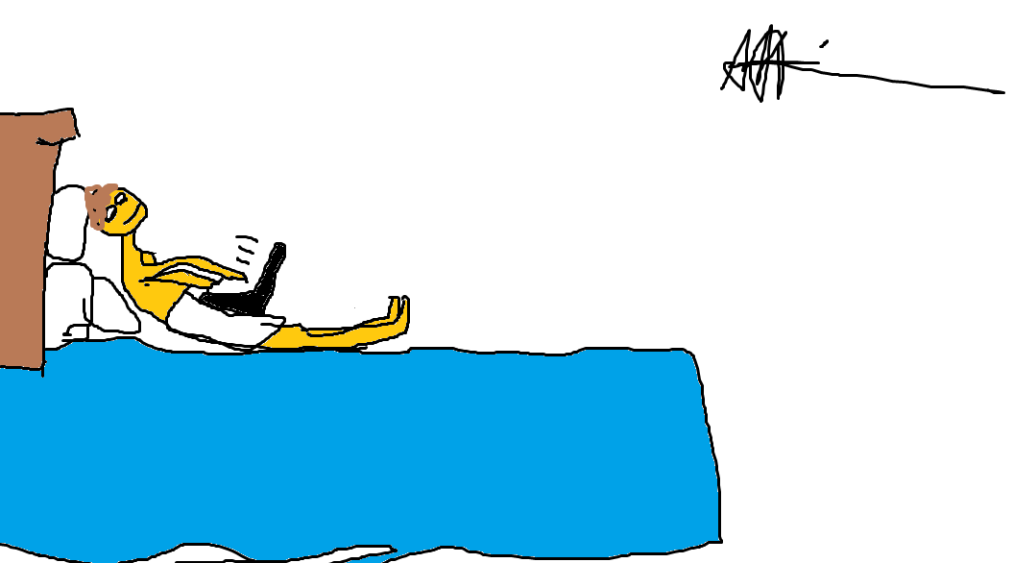 Real World Survival Guide Part 2: Getting Ahead at Work

So you did it, you got hired!  Imagine that.  I know I barely can.  Let’s face it though, someone else deserves the job, but somehow (probably by reading this) you weaseled your way in there, and for that I salute you.  Now it’s time to show them what you’re made of.  Show them why they passed up on a qualified candidate for someone who lied about nearly everything on their resume.  That’s right, it’s mother flippin’ game time. 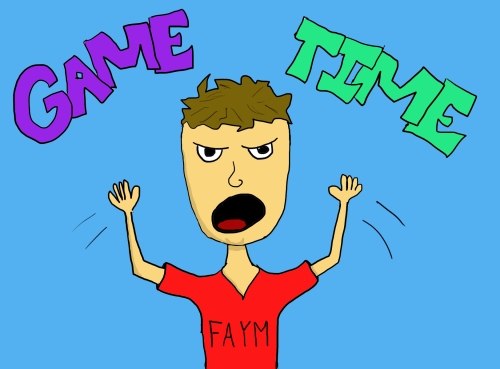 As per usual, the Unknowledge Tree has provided me with a guide for navigating the work space, which I am now going to share with you.  This is a guide you won’t want to miss.  Or maybe you do want to, I’m not really sure.  Sometimes I feel like the U. Tree just says things for its own amusement.  Like when it had me get an HDTV so it could watch the game, but then I found out it doesn’t have eyes, much less a brain, which led to even more questions like how is it speaking to me, which led to equally ambiguous answers, which led to me taking a nap (post Nyquil).  Does cough syrup make you hallucinate?  That could explain why the wall is now the floor and the ceiling is a cat and the cat is a platypus and the platypus is a wall.  Wait, did I own a platypus to begin with?  Now I’m confused.  How many mammals are in here?  Am I in a zoo?  I really don’t want to subsist off hay and peanuts. 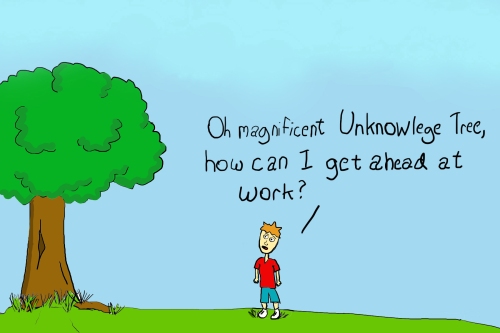 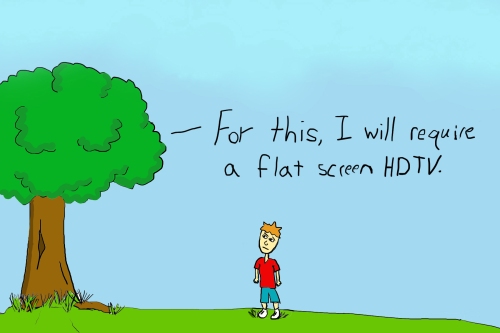 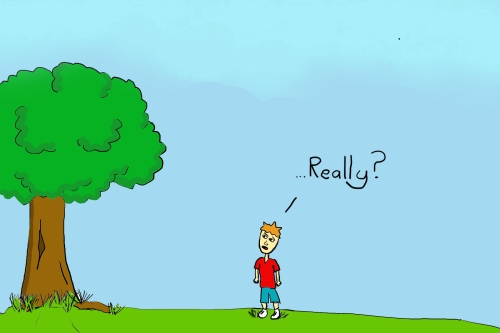 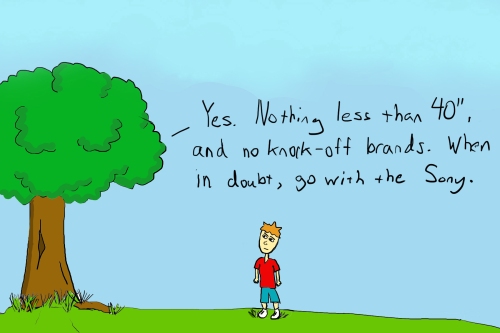 It seems I have gotten off-topic.  There are four steps to thriving at your new job.

As soon as you walk in the door punch someone in the face, right in the kisser.  Punch the first person who tries to talk to you.  Don’t even worry about who it is.  It’s not going to be your boss, but probably a receptionist or someone in human resources, so they were definitely asking for it.  This blatant alpha act will let everyone know that you are the real deal, and not to be trifled with.  You are heading straight for the top.  You may even skip some rungs on the way up, especially if you knocked one of those rungs into a coma. 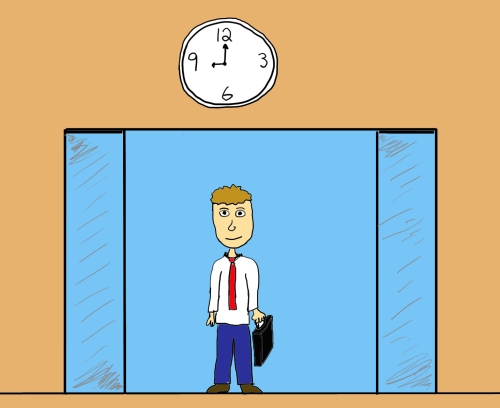 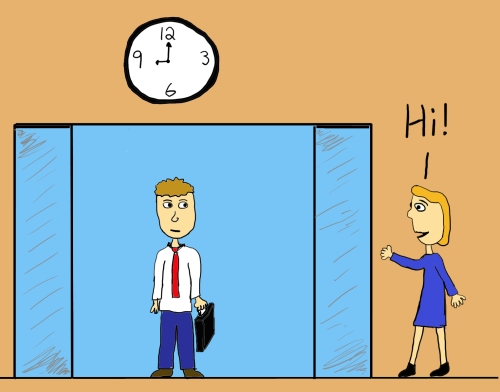 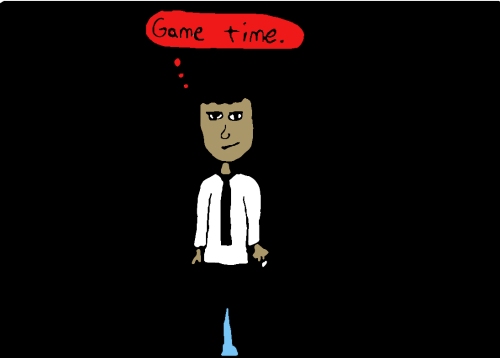 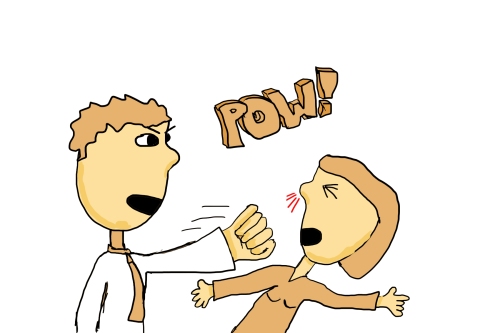 The first to the finish line gets the cheese, and nothing increases productivity more than artificial stimulants.  But why stop at coffee?  That stuff is for the birds.  Join the 21st century: do some meth.  Meth is a million times more effective than coffee, and only slightly more expensive.  That’s a results producing ratio.  Yeah it’s dangerous and addictive, and you can die from it, but who isn’t going to die?  Are you telling me that you can cheat death?  I don’t think so buddy.  Meth may kill you quicker, but you’ll be first in line for the cheese. 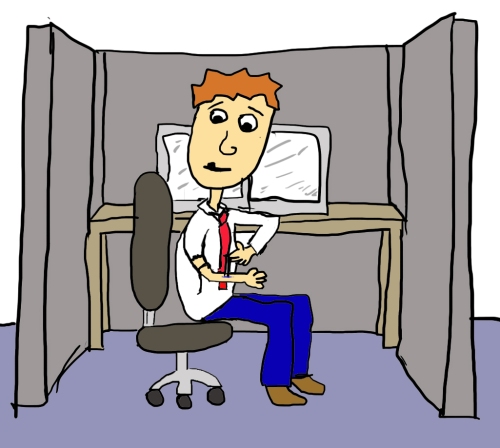 Let’s be honest here, you have about as much charisma and ability to command a room as a spaghetti squash.  You make Jimmy Kimmel look suave.  Your presentations have as much pizzazz as a medical journal on erectile dysfunction.  Okay so I’m exaggerating, but to a professional actor, yes, you are a bit dull.  Instead of putting everyone in your office to sleep, hire an actor to be your face-man, so to speak.  Send him/her to all your meetings, presentations, etc.  Keep your fat, pimple face behind a desk crunching numbers where it belongs. 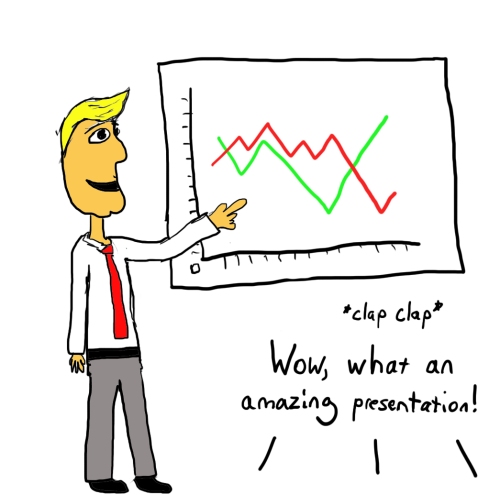 Step 4: Believe in Yourself

Where there’s a will, there’s a way.  When people say that I want to punch them in the face.  Regardless, having a positive attitude is like having an extra arm, or leg, depending on what your job entails.  This should be easy to accomplish, what with all the meth you are on.  If for some reason you are a normal person and can’t maintain a positive attitude throughout the day (or if you are coming down from the meth), I would suggest painting your face like The Joker from “The Dark Knight”, that way you are always smiling even when your life is crashing in around you.  Yep, this is definitely what you should do. 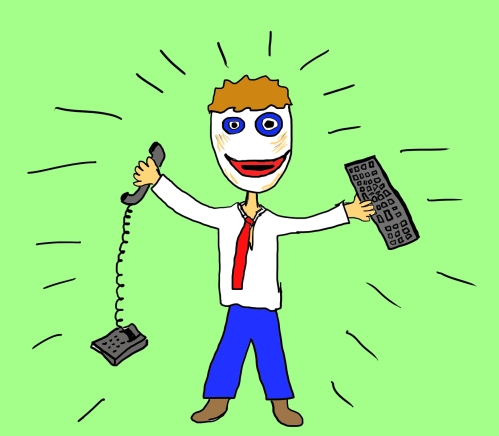 REALITY CHECK: Meth is a dangerous drug.  If you do meth, your face will melt off as you die a death of a thousand suns.  And don’t hit girls.  Unless you are a girl hit by another girl, then I think it’s okay.